Pot of Gold Estate Liquidation Auctions is proud to present an exciting collection of Native American Indian artifacts and regalia. In our Aug 25th on-line only auction and continuing through our Sept 1st, 15th, and 26th 2015 auctions you will find an amazing array of authentic, both historic and contemporary, items that are unique and rare.  END_OF_DOCUMENT_TOKEN_TO_BE_REPLACED

Clocks and watches (if you didn’t already know) generally speaking, have a gauge of “complication”, and the more complicated the better! END_OF_DOCUMENT_TOKEN_TO_BE_REPLACED

It’s OFFICIAL!  Don Collier is POG’s new Spokesman!  Dan & Cheryl Todd recently had the extreme honor of meeting one of our favorite Classic Western Stars…Mr…Don…Collier!  Cheryl, Dan, and Don clicked and just knew they were a natural fit!  The new friends immediately began talking about how they could work together…and the liquidation of The Dutch Joe Ranch seemed like the perfect place to start!    Wagons, Buggies, Surries…and that rich, iconic voice of Don’s, with the slight Western drawl…MAGIC!  Read on…  END_OF_DOCUMENT_TOKEN_TO_BE_REPLACED

Nearly two decades before Arizona would become an official State, in the late 1800s, a man of German heritage came to the area of Payson, Arizona to stake his claim on the dream that would become the United States.  Joe Meyer, or “Dutch Joe” as he was known, homesteaded a section of land in the northern part of Arizona.  For some 60 years, falling somewhere in the period 1870-1928, “Dutch” Joe created history and legend on his land before he died a somewhat mysterious death at the age of 82.  (Read on…)  END_OF_DOCUMENT_TOKEN_TO_BE_REPLACED

Jimmy Yellowhair is a Navajo artist from Houck , Arizona where he lives on the reservation in a hogan, which is a (Read on…) END_OF_DOCUMENT_TOKEN_TO_BE_REPLACED 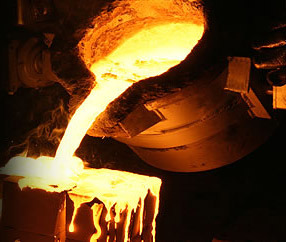 To the untrained eye, going “knife shopping” might be something that might seem banal, or even a remedial task at best. If you’ve seen one, you’ve seen them all, and they all look the same. (Don’t let them hear you say that, however… they are after all, knives.) However, a brief look deeper might be able to convince even the least “sharp” friend you’ve got that knife research is super important, and that researching the choice of knife might pay its initial investment in blades….. er, spades. It should be noted that the author has a distinct fondness for bladed weaponry/utility and might be very excited about this topic.  It should also be noted that this particular piece is in regard to Steel Knife composition as opposed to other archaic metals which might have different rules entirely. Indeed we have come a long way from the Obsidian, Ivory and other bone compositions of Native American Indian tribes and/ or post-Roman Iron.  Read on… END_OF_DOCUMENT_TOKEN_TO_BE_REPLACED

Before becoming part of the Pot Of Gold Team, Elspeth Killinger was in Interior Design.  Elspeth attributes her success in the field of Design to using her keen eye and skillful research to find and buy great pieces that set her projects off in clever and unique ways!  Buying at auction allows Interior Designers to stay on budget by setting the price they want to bid, saves time by offering 24/7 shopping online from the comfort of one’s office, and enhances portfolios with amazing and hard-to-find items!  Read below to hear Elspeth’s thoughts…