Nearly two decades before Arizona would become an official State, in the late 1800s, a man of German heritage came to the area of Payson, Arizona to stake his claim on the dream that would become the United States.  Joe Meyer, or “Dutch Joe” as he was known, homesteaded a section of land in the northern part of Arizona.  For some 60 years, falling somewhere in the period 1870-1928, “Dutch” Joe created history and legend on his land before he died a somewhat mysterious death at the age of 82.  (Read on…)  END_OF_DOCUMENT_TOKEN_TO_BE_REPLACED

Collector car market is proving to be a safe haven investment in recent years according to the following recent news articles:

Similar evidence regarding recent price strength can be seen by looking at prices realized at Barrett-Jackson, Mecum, and Branson Auctions.

We have recently sold a desirable Cougar convertible  and Ferrari 328. 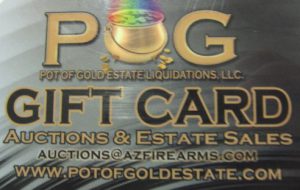