Welcome to WordPress. This is your first post. Edit or delete it, then start writing!

It’s OFFICIAL!  Don Collier is POG’s new Spokesman!  Dan & Cheryl Todd recently had the extreme honor of meeting one of our favorite Classic Western Stars…Mr…Don…Collier!  Cheryl, Dan, and Don clicked and just knew they were a natural fit!  The new friends immediately began talking about how they could work together…and the liquidation of The Dutch Joe Ranch seemed like the perfect place to start!    Wagons, Buggies, Surries…and that rich, iconic voice of Don’s, with the slight Western drawl…MAGIC!

Don will be using that amazing, storyteller’s voice to help tell folks about Pot Of Gold Auctions as well as our sister company, AZFirearms.com!  Plus, we will be offering YOU the opportunity to meet Don LIVE and IN PERSON at the at the Crossroads Of The West Gun Show on Dec 5, 6, & 7, 2014! Come to our booth in the SAR (Small Arms Review) Building, and find us next to our sister company’s booth, AZFirearms.com!

Now a little bit about Don: “The scope of Don Collier’s career ranges widely . . . from movies and television, to commercials, spokesman, personal appearances and more. With over 200 television and feature film roles his work is well known and admired internationally.

Don’s portrayal of ranch foreman Sam Butler in the highly acclaimed television western, The High Chaparral, still stands as one of his greatest characterizations and he draws devoted fans to events from all over the world.  AND…Don and fellow High Chaparral stars host the High Chaparral Reunion every year in Tucson, AZ!  Be sure to check that out…it’s coming up in March 19-22, 2015!

Don has made over 200 credited movie and television appearances. He has performed with John Wayne, Robert Mitchum, Anthony Quinn, Dean Martin, Tom Selleck, James Arness, and even Elvis Presley. His first role was as an extra in 1948 in the western Massacre River (1949). This was followed by two more westerns — Davy Crockett, Indian Scout (1950) and Fort Apache (1948) with John Wayne. Don later appeared in three more John Wayne movies.

In 1959, Don won the leading role of U.S. Deputy Marshal Will Foreman in the NBC series, Outlaws (1960). Starring with Don was Barton MacLane and Jock Gaynor. The second season of Outlaws (1960) found Will Foreman as a full-fledged Marshal. New characters were played by Bruce Yarnell, Slim Pickens, and Judy Lewis.

Don kept busy appearing on all the other western TV shows, such as Bonanza (1959), Gunsmoke (1955), Wagon Train (1957), Branded (1965), and Death Valley Days (1952). In 1968, he was cast as the foreman of the ranch The High Chaparral (1967) in David Dortort’s latest western series of the same name. Working alongside a extremely talented and experienced cast, Don’s portrayal of Sam Butler was fundamental to the success of the highly acclaimed show, which ran until 1971.

But he wasn’t yet done with the old west. Even his commercials took advantage of his cowboy persona, when he became a 1980s icon as The Gum Fighter for Hubba Bubba Bubble Gum. More movies and TV kept him busy. Then he went further back in time when he was called on play the recurring role of William Tompkins in The Young Riders (1989) (1989-1992).

He is currently working on a western radio drama series titled West of the Story and is sidekick to Fred Imus on Sirius Radio’s weekly show, Fred’s Trailer Park Bash.”
– IMDb Mini Biography By: Ginny Shook, Out West Entertainment

Click to hear Don Collier telling folks about all the great items you’ll find at Pot Of Gold!

Some of the Wagons, Buggies & Surries POG will be liquidating from The Dutch Joe Ranch through January 2015 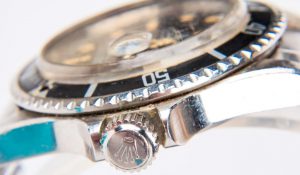 Have you ever been at a crossroads in your life and stripped of options because there was not enough money to do what was best for you?  That is exactly what, a gentleman, who we will call Charles, was faced with.  Charles was at the point in his life when he had to downsize not by choice but by necessity.  He was faced with selling off his belongings to try and raise the much needed funds, but knew he did not poses anything of significant value.  Charles contacted an Auction House he had heard about… Pot Of Gold Estate Auctions and asked the owner to come to his home and evaluate what items could be sold at auction.

END_OF_DOCUMENT_TOKEN_TO_BE_REPLACED

Pot of Gold Estate Liquidation Auctions is proud to present an exciting collection of Native American Indian artifacts and regalia. In our Aug 25th on-line only auction and continuing through our Sept 1st, 15th, and 26th 2015 auctions you will find an amazing array of authentic, both historic and contemporary, items that are unique and rare.  END_OF_DOCUMENT_TOKEN_TO_BE_REPLACED

Clocks and watches (if you didn’t already know) generally speaking, have a gauge of “complication”, and the more complicated the better! END_OF_DOCUMENT_TOKEN_TO_BE_REPLACED

“Art” You Looking For A Great Father’s Day Gift?

Are you looking for something unique and special for a Father’s Day gift? The June 16, 2015 Auction at POG, which is just 5 days before Father’s Day, is just the place to start! This auction offers a large collection of limited edition wildlife conservation and cowboy art. What is so special about this artwork? Click here and you will find a number of lots which feature noted Arizona artists. Perhaps you prefer the whimsical styling of artist Russell Houston who creates an amusing series of cowboy golf.  The art of Gerry Metz captures wildlife such as bear and elk in their natural habitats and his fly fishing scenes make you wish you were right there alongside him. Read More… 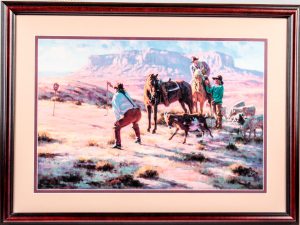 END_OF_DOCUMENT_TOKEN_TO_BE_REPLACED

There are three main divisions, usually, although there are deeper designations the further one gets into collecting, but for a good base, there are primarily: Tanto, Wakizashi, and Katana. Read More…  END_OF_DOCUMENT_TOKEN_TO_BE_REPLACED

It’s OFFICIAL!  Don Collier is POG’s new Spokesman!  Dan & Cheryl Todd recently had the extreme honor of meeting one of our favorite Classic Western Stars…Mr…Don…Collier!  Cheryl, Dan, and Don clicked and just knew they were a natural fit!  The new friends immediately began talking about how they could work together…and the liquidation of The Dutch Joe Ranch seemed like the perfect place to start!    Wagons, Buggies, Surries…and that rich, iconic voice of Don’s, with the slight Western drawl…MAGIC!  Read on…  END_OF_DOCUMENT_TOKEN_TO_BE_REPLACED

Since then model trains have become a niche attraction point for people of all ages. For some, “backyard” train sets, large enough to seat people, but small enough to not be considered a commercial operation are a lifetime work in progress, with pieces of track, and scaled down monuments added whenever the “conductor’s” budget allows.  Fortunately for these hobbyists, there are companies that specialize in this, and whose sole purpose is to help keep the dream of owning one’s own train alive and chugging along (Come on…one train pun is okay, right?).  (Read On…)  END_OF_DOCUMENT_TOKEN_TO_BE_REPLACED

Nearly two decades before Arizona would become an official State, in the late 1800s, a man of German heritage came to the area of Payson, Arizona to stake his claim on the dream that would become the United States.  Joe Meyer, or “Dutch Joe” as he was known, homesteaded a section of land in the northern part of Arizona.  For some 60 years, falling somewhere in the period 1870-1928, “Dutch” Joe created history and legend on his land before he died a somewhat mysterious death at the age of 82.  (Read on…)  END_OF_DOCUMENT_TOKEN_TO_BE_REPLACED